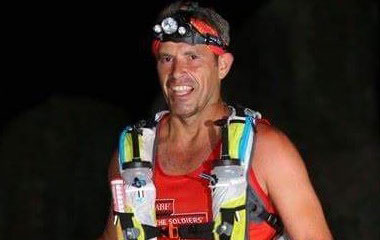 Tell us about yourself

A proud Cornishman born and bred, now living in Swindon.  On leaving school with just 2 GCSEs to my name, I joined Abbey National on the YTS scheme gaining a BTEC National Certificate in Business and Finance.  I continued to work for them until I was 21 when I decided that I was not going to spend the rest of my days working in an office, so left and joined the Army.

After an initial spell in the Intelligence Corp, I transferred to the Royal Logistic Corp as an Air Despatcher, or to put it in basic terms, throwing things out of the back of an RAF C130 Hercules aircraft!  Based initially at RAF Lyneham, then later at RAF Brize Norton following the closure of RAF Lyneham, I completed my military service in March 2016 after 22 years.  During this time I was fortunate enough to visit many places, (some more challenging than others!) and had the opportunity to do many things.  Most notable of which was undergoing 12 months Interpreter training in Pashto and deploying to Afghanistan with Estonian Special Forces as their Interpreter. Interesting times indeed!

As part of my resettlement, I completed an Honours Degree in Logistics Management, gaining First Class Honours.  I also spent 4 months working for Barclays Bank in Canary Wharf in Financial Crime Risk Assessment, where my main achievement was writing the Global Financial Crime Risk Assessment Framework, Methodology and Process policy, which had to be approved by the FCA before global distribution.

On leaving the Army, I began working for the United States Air Force at RAF Fairford as their Vehicle Management Supervisor and had responsibility for all operational vehicles and War Readiness Material, as well as coordinating logistics support for all incoming and outgoing flights and exercises, as well as for the annual Royal International Air Tattoo.

I am married with 3 children and have lived in Wiltshire for the last 23 years, and the last 3 years as a resident of Swindon.

What attracted you to join SBC?

I was already in a similar role working for the United States Air Force and was very happy there.  In my spare time, I help military personnel in their transition to life outside of the services, and as part of this, I do a lot of job searching and share amongst my military network.

During one of my searches, I came across this role for SBC.  As part of my own personal resettlement, the best piece of advice I was given was that if I was unsure about what I wanted to do outside of the military, always look at NHS and Local Authority websites for jobs as no matter where you decide to live, you will always be close to one of these and they have a very wide range of roles.

What do you most enjoy about working here?

The people.  There is such a wide and varied range of people that work for SBC who are extremely helpful and approachable (provided you treat them with the same level of respect that you expect yourself!) and the opportunity to network and gain greater understanding of their roles and how with the application of some systems thinking, identify how our roles can mutually support each other for greater benefit.  It is too easy to operate in isolation of other services and departments and lack of engagement with colleagues can restrict progress with projects.

I enjoy having the freedom to undertake projects outside of my contracted role and am grateful for the autonomy that is afforded to me to pursue and develop these projects, providing it does not impact on the day job.  There is one particular project that I am working on which will hopefully bring great benefit to the residents of Swindon, so watch this space!

Describe a typical day in your role

Like most people in SBC, no two days are the same!  Typically, my day starts with an email purge, where I review my inbox and check that I have actioned emails from previous days!  It is all too easy for emails to disappear into the ‘inbox quicksand’ without realising it and the impact of failing to action these can lead to delays with what my colleagues are working on.

After this, I will usually review the latest discussions on Yammer, or share information there that I think may be of interest to colleagues.  Then, I will review my budgets and update all income trackers and salary monitoring as appropriate.  I will also review my meetings for the day and coordinate where I need to be and at what time.  As I look after 3 different services in separate locations, I need to make sure I deconflict my location around these meetings as travelling across Swindon can be quite challenging at times!

I am fortunate to have some extremely capable managers who look after the day to day running of their respective services, so I do not need to get involved too heavily with this, but am always there to give support and guidance where needed.  My focus is on the future development and strategy of these services so I do a lot of work around this such as preparing business plans and reports and liaising closely with senior managers at a corporate level.

Additionally, I am the chair for the Employee Influence Forum, so I quite often can be found doing some work for this, whether it is having catch up meetings with members or working in small teams to work up some EIF plans that we have in the pipeline.  A key achievement in this area is the introduction of an Employee Recognition Scheme, which the EIF took ownership of, trialled, developed and finally rolled out across the organisation to great success.

I can often be found at Enterprise Works where I do a number of business development and networking meetings with external businesses and key individuals in order to showcase what is on offer at EW and raise the profile of the business, selling the benefit to organisations of utilising EW for any services that we may be able to assist with.

What motivates you at work?

Being able to deliver something which is going to have a real impact and improve the service.  Additionally, I enjoy being able to assist and/or advise colleagues with their work, whether it is directly relatable to my role or not.

Ultimately, I am motivated by being able to improve things for the better, whether this is a particular service or role, or for an individual or resident.

What do you like to do in your spare time?

I am a born again runner, starting out with the Great North Run in 2015 and following this up with various other half marathons, including the Swindon Half in 2017 & 2018.  This progressed into Marathons which progressed to Ultra Marathons, to 100k races such as Race To The Stones which I completed in 2017 & 2018.  I am currently in training for the Arc Of Attrition, which is a 100 mile race around the coast of Cornwall in Feb 19!

I am also a very keen biker, and have had a number of motorbikes over the years (never enough though!) and am a keen follower of all races, mainly British Superbikes, World Superbikes and Moto GP and try to attend race days whenever I can.

Where is the best place you have visited?

Having spent 22 years in the Army, I am fortunate enough to have visited some pretty special places, so it is really difficult to name just one as they are all good for different reasons.  Spending 4 days in the jungle in Belize was quite special, as was Afghanistan, which is a really beautiful country and Las Vegas is pretty unique!

If I was to single one out though, it would have to be Antarctica.  It is very rare to be able to go somewhere that is pretty much untouched by humanity and it has some absolutely breathtaking views.  I am extremely fortunate to have been able to see this as I know I will never get the opportunity again.

Who are your dream dinner guests?

Anyone who can make me laugh and tell inspiring stories in equal measure.

What is your favourite film or book and why?

Too many to list but probably the original Star Wars as it is a timeless classic and I never tire of watching it!